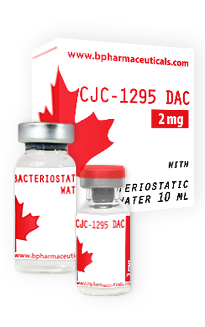 CJC-1295 DAC has shown some amazing results as a growth hormone releasing hormone (GHRH) analog.
Not only has CJC-1295 shown the ability to increase growth hormone and IGF-I secretion and its benefits, but it has been able to do so in very large amounts.
Recent research studies have shown that CJC - 1295 stimulates GH and IGF-1 Secretion, and will keep a steady increase of HGH and IGF-1 with no increase in prolactin,
leading to intense fat loss, and increases protein synthesis.